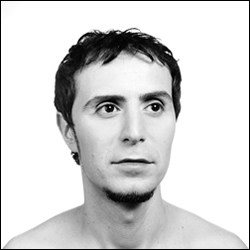 “SOUL VOLITION is about perseverance and drive towards personal freedom. Life didn’t spare me in the painful experience of enduring tests whilst making this album. I had a close encounter with a deadly tiger snake in the Blue Mountains, survived a freak wave in Byron Bay and most awful of all lost my dear father in an accident.

I know what it’s like to keep on going, of not giving up even when I wanted to. This album is about what we all go through on a daily basis- the war between keeping it all ‘safe’ or following a dream.”

George Arnare (Arn -air) is a self taught Sydney based singer and songwriter. He plays guitar, piano, harmonium and dulcimer as well as percussion.

His melodic ‘Soulpop’ music incorporates a non- exclusive, natural fusion of  musical genre’s in the pursuit of servicing the song at hand, which is the focus of his work – the song, not the charts! They can come later.

George’s grandparents were folk music songwriters on the Island of Limnos in Greece. His father and uncle played in a folk band for a living in their youth. George was born and raised in multi cultural Marrickville, Sydney Australia.

He began to write his own little songs from the age of eight, much to the disapproval of his then music teacher who was attempting to teach him covers of which he had no interest. Why learn other’s songs when you can write your own? Inspired by contemporary Western pop and rock as well as a healthy dose of ethnic world music (thanks to his father), the power of saying, emoting something in a few minutes was intoxicating. So George secretly kept a sonic diary of songs. And under his bed in a big black suitcase they piled up for years collecting dust awaiting the right time for airing.

Growing up a sensitive and self conscious kid yet obsessed by music he took refuge behind the drum kit in the school band rather than sing upfront. It was after High School he developed his voice and confidence by joining various choirs such as a Classical Turkish Orchestra called Fasil Istanbul, and Gospel choir The Café Of The Gates Of Salvation with whom he also recorded 2 albums; Paul Capsis Live and Deluxe. On Deluxe he sang lead on two compositions. He toured Australia with the choir performing at Womadelaide and many other festivals and venues.

SOUL VOLITION is his debut solo album. Composed, arranged and produced by George. Blessed with some of the finest musicians in Australia to record and work with including members of Directions In Groove (D.I.G), Hermitude, iOTA and double Aria Award winning producer Anton Hagop (Silverchair, Powderfinger) providing some mixing. The album took three years to complete and a while longer to ‘put out there’.